Hello. I'm Terarin from TERARIN GAMES a Japanese indie game developer. Thank you for your support as always. I have an announcement Today.

Gemini Arms is now available in the West Nintendo Switch eShop from August 27. 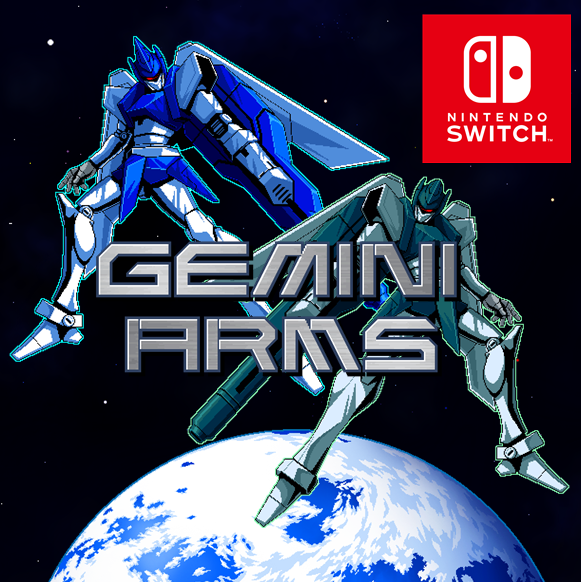 I know there are many Shmups fans in the west. Until now, my Switch games were only sold on Japanese eShop. Up until now, west fans have played beyond the high hurdle of creating a Japanese Nintendo account and purchasing a Japanese prepaid card.

This time, the game I created has officially started selling at West eShop for the first time. I would like to thank Publisher Regista.inc and DICO.inc for their support.

For the west release, we made a full multi-language fix. The Japanese version of multi-language is not perfect due to my inexperienced translation skills. I can speak English, but because it is self-study, it may seem strange to a native speaker. In addition, I can't speak other European languages.

This west version is supported by DICO for translation, so I think we were able to support good multi-language. I reflected the multi-language not only for general menus but also for status display and sprite fonts.

The supported languages are as follows: English, French, Italian, German, Spanish, Latin American Spanish, Brazilian Portuguese, and Japanese. The game contents are the same as the Japanese version. Only the language translation is different.

Gemini Arms is a very important game for me. This is the first work for a consumer game console. The content of the game has some nostalgic elements, but it has many new mechanisms. And it's a lot of fun. Please play with it.

In fact, the production of Gemini Arms was difficult. I received a lot of feedback from test players, and it became a good game. Tenmaru-san created the switch version of the graphic. I think quality has improved thanks to his contribution. The game title "Gemini Arms" was named by Leuke-san, who broadcasts a live video. I think the characteristics of the cooperation of the two robots are clearly shown. I also thank him for his support. 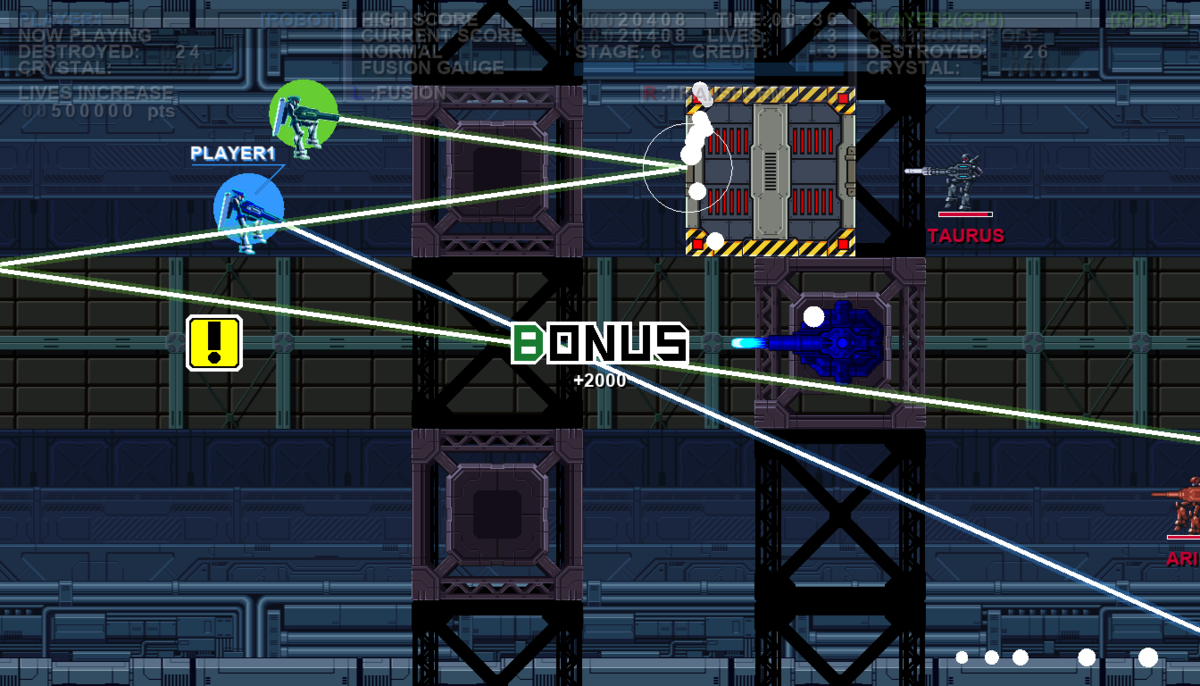 Once again, I would like to thank all the supporters. And I will continue to release my work to all over the world.